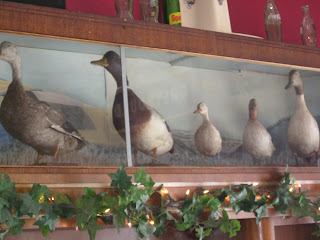 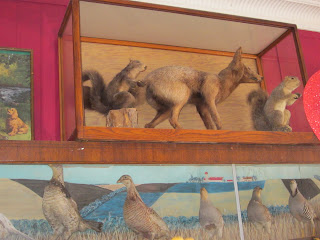 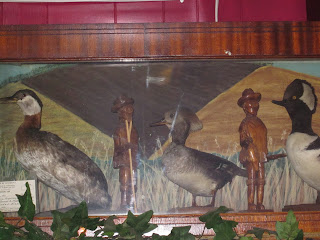 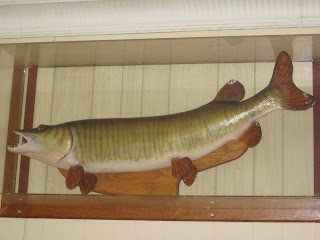 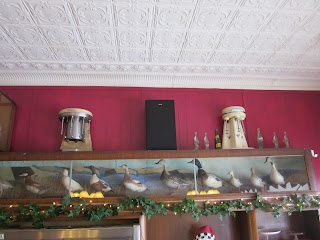 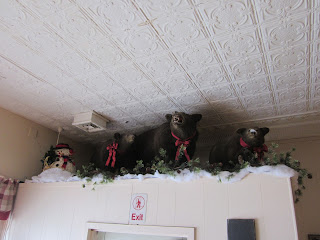 Threre is an institution in Ashby, population about 450 (give or take a few) that is well known far and wide.  It has had various names through the years as well as quite a few owners, some of whom have been related.  No, it wasn't passed down from one generation to the next but there were several years separating the relatives.  At any rate, the City Restaurant has been a gathering place since at least the 1930s, if not before.   Ca 1938, it gained noteriety (?) fame (?) distinction (?) when someone shot an owl thinking it was a duck, had it stuffed and it became the first of an extensive collection of waterfowl that are native to this area of Minnesota.  There is a three ring binder that identifies each of the thirty  birds with additional information about its nesting grounds, feeding habits etc.  Over the years some owners have thought of changing the decor but there arose such a clamor of dismay that these momentary lapses in judgment were quickly quashed.  At some point other taxidermied items were added to the display and these include a huge northern  (which many have claimed to have caught), a sly red fox and a bear family that sports appropriate decorative items depending on the season or time of year.  There are also lots of photos of "the locals", many posed showing their catches or shoots of the day.  This area used to be one of the greatest fly- ways for canvas backs in North America and drew famous as well as infamous hunters from far and wide.  Now who would mistake an owl for a duck you ask?  Well, must have been one of those city slickers who stayed at the lodge near Lake Christina----certainly not one of the local Joes!  The present owner, Gail, calls her place Ruby's City Restaurant in honor of her mom.  Still serves the locals plus lots of out of towners during hunting season and the fishing opener.  There are always new folks awed by the one of a kind display.
Posted by MEM at 2:10 PM