Recently, the Grant County Historical Museum in Elbow Lake, Mn, updated and added to, a display in the Veterans Hall containing artifacts and memorabilia commemorating the soldiers who fought during the Civil War.  Patty Benson, the director, researched census records, county data and numerous family files in order to compile a list of men who were known to have had a presence in Grant County be it for a brief time or a life time;  but all served in the Civil War.   Some are buried in country cemeteries in Grant County while others moved away and are resting elsewhere.  Often we tend to think that the military consisted of men who were from the east coast area, not from Minnesota which was on the western frontier.  My great grandfather's brother, newly arrived from Germany fought with Wisconsin infantry, probably conscripted by a businessman or landowner who couldn't or wouldn't get involved in what many believed to be a cause for which they weren't willing to fight.  There were many such newcomers to America who probably didn't understand the reasons, but needed the money in order to survive in their new country.  In addition, the Sioux Uprising was under way in Minnesota and many Civil War soldiers ended up here fighting a different enemy. 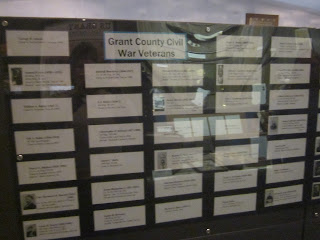 In the new addition to the display are photos and short biographies of men somehow affiliated with Grant County who served in the war.  The permanent display which was created several years ago is a dignified and moving tribute with a drum, photos, guns and several other artifacts including a Civil War era quilt.  The new photo exhibit will become part of that permanent tribute to those who fought 150 years ago in a war that nearly divided our country. 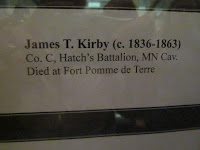 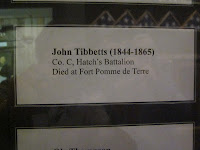 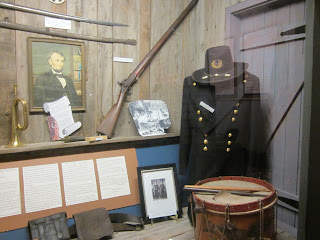 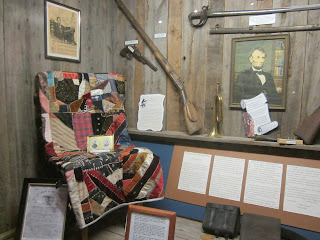 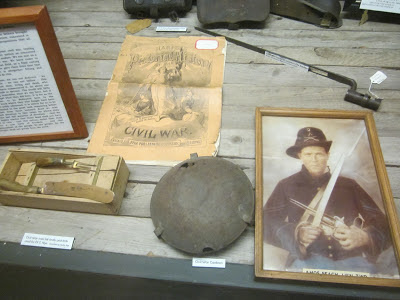