Token token who has the tokens?

My husband is but one of many avid collectors of tokens which seems to be an ever increasing area of interest.  Tokens were in use long before the present day coupons or perks or any of the other adjectives used to attract customers or followers.  There are wonderful sources of information about the history and continued use of tokens available on many internet sites so I encourage you to check out the various resources to learn more.  At any rate the use of tokens in the United States increased as the west was settled-----think remote villages, mining camps, stage coach stops, military bases and you'll get the picture.  Tokens were created in the absence of government issued coins and paper money.  They were made in a variety of shapes and  materials ie:  tin, copper, cheap metals, but not precious gold or silver.  Grocery stores, saloons, restaurants, small towns and even individuals gave them away as a way of attracting customers to their retail establishments.  Often, small businesses   in mining towns needed to compete with scrip which was issued to miners in order for them to shop at the business owned by the large absentee mining companies.  In addition, there was a scarcity of ready cash in the far off west during the 19th and early 20th centuries, largely due to slowness of transportation.  Later, buses, subways, car washes and states also issued tax tokens.  (hmm, wonder if they could be used instead of cold hard cash these days?)   Tokens now  provide us with an interesting source of information about  local businesses and small towns that are no longer in existence.  How much fun it would be to find the name of your ancestor on a grocery store token or one from the small town settled by your great grandparents.......wow, wish I could be so lucky!  I have included photos of a few of the tokens including many from area businesses in local towns near Grant County in Minnesota and eastern North Dakota. 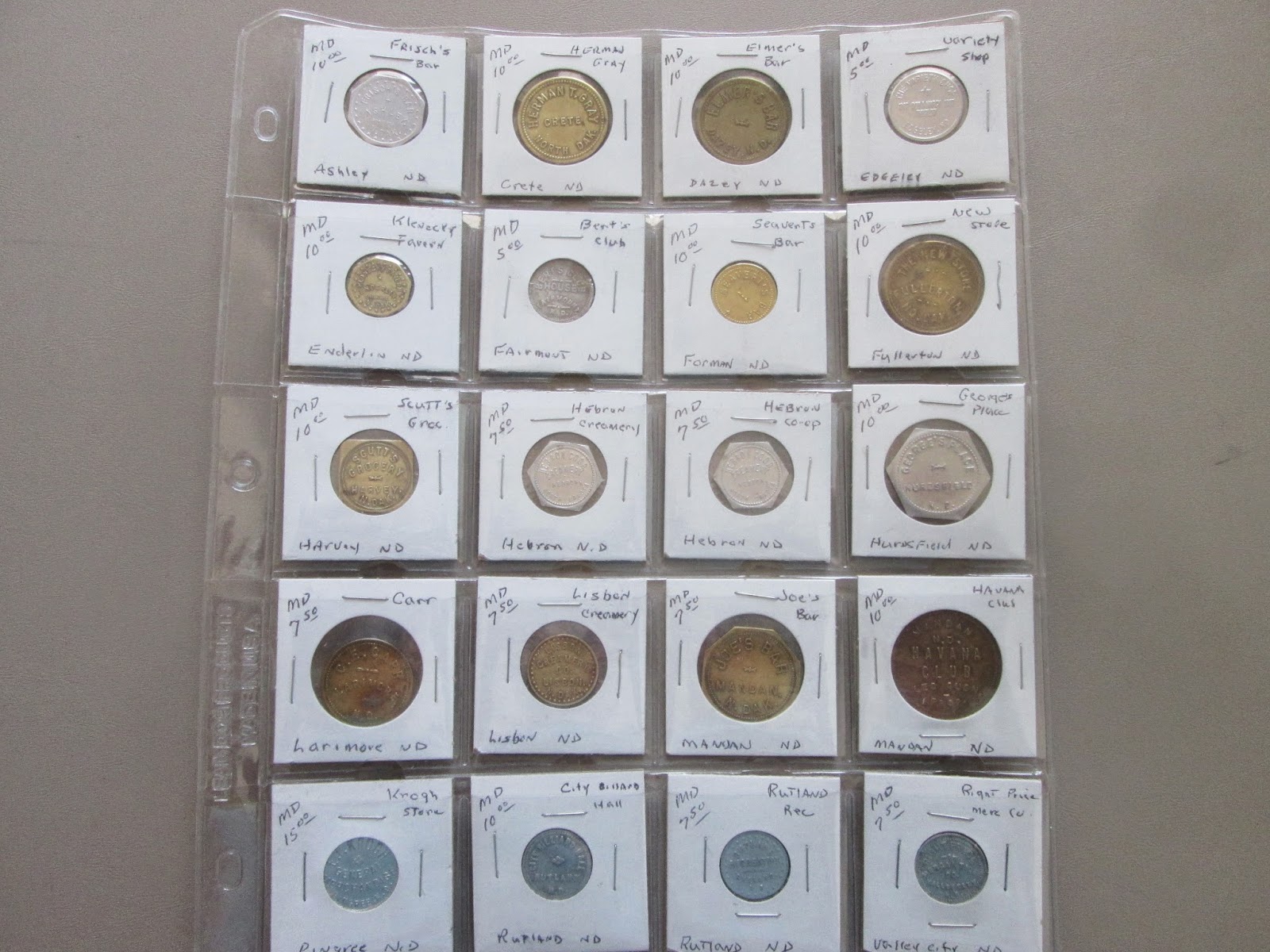 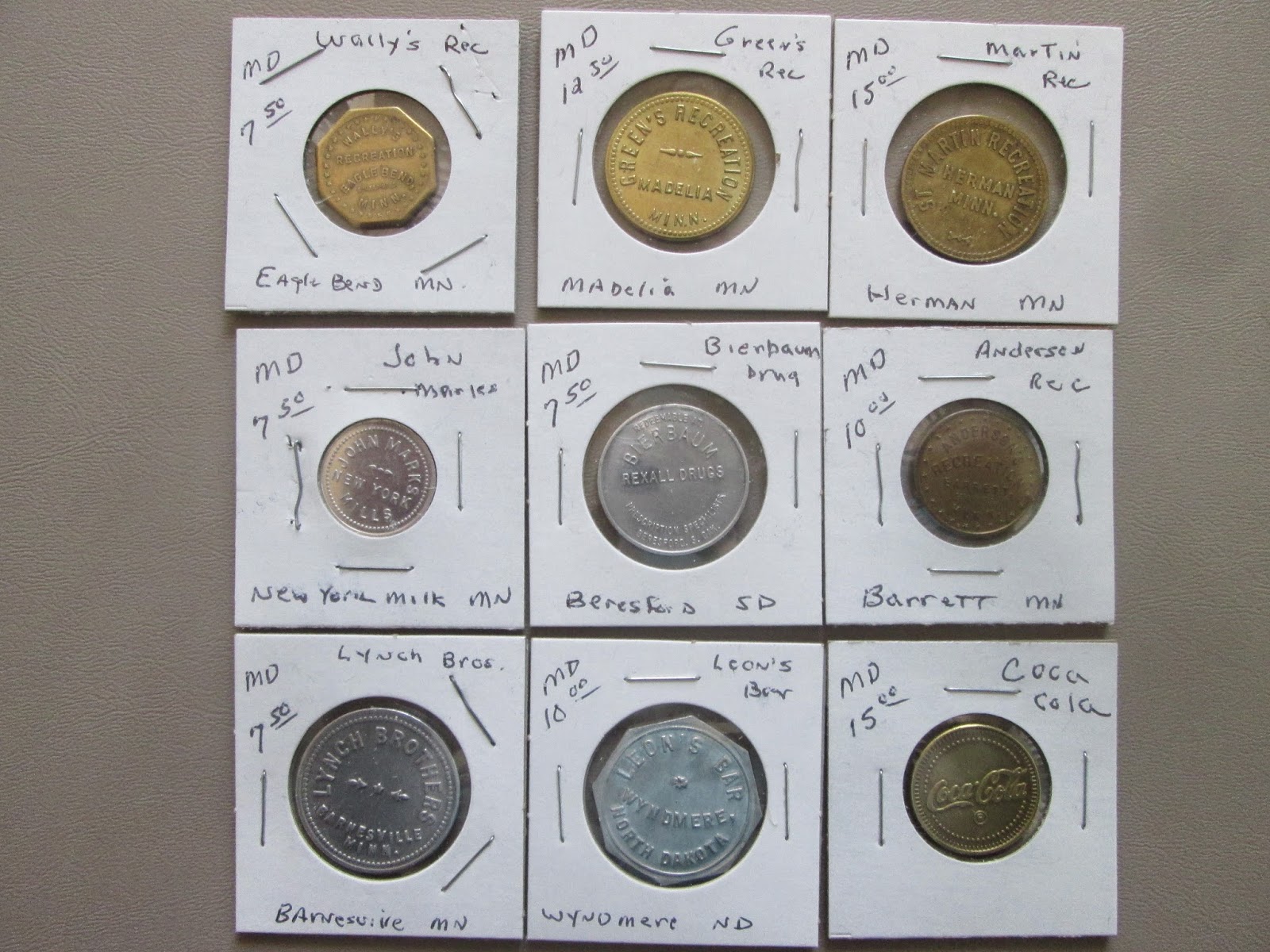