We recently bought an assortment of "grandma's" items from a fellow that brought his barn treasures to us in the trunk of his car.  Several boxes of rough and relics that he had just tossed in boxes since he didn't really know what we might be interested in.  Several weeks ago he had stopped in our shop to talk about the stuff he was trying to get rid of since he was downsizing his grandmas farm.  Of course, we were interested to see what he might find so we were finally able to agree on a day last week.  In the midst of lots of canning jars (!) and other this and that was an interesting Mobiloil can with the logo Gargoyle and a strange looking animal---not the flying pegases, but an orange thing.  It was marked "E" and especially recommended for Ford cars, made in the U.S. for the Vacuum Oil Company. This round can isn't in mint condition by any means, but after all it is OLD; probably ca 1914-1920 and it has been in the barn for a long time :)  Well, since research is among my favorite hobbies, I looked and looked to see what I might find  on line.  Not much on 1 quart cans as it turns out.  The price varied from $30 to several hundred for larger or square cans and found only one round one that had been sold, but of course the selling price wasn't available.  I did learn that the Gargoyle logo was used between 1904-1932 and that this particular brand was used in magazine ads featuring Ford automobiles.  There are resources that describe the transition through several well known oil companies and how they grew, changed hands and names.  Included in the history you can find Vacuum Oil Co that merged to Socony, Socony and Vacuum Oil Co that became Mobile and Standard Oil Co.  Lots to learn about this area of petroliana and automotive collectibles.  So another lesson learned in the antique/vintage objects area. 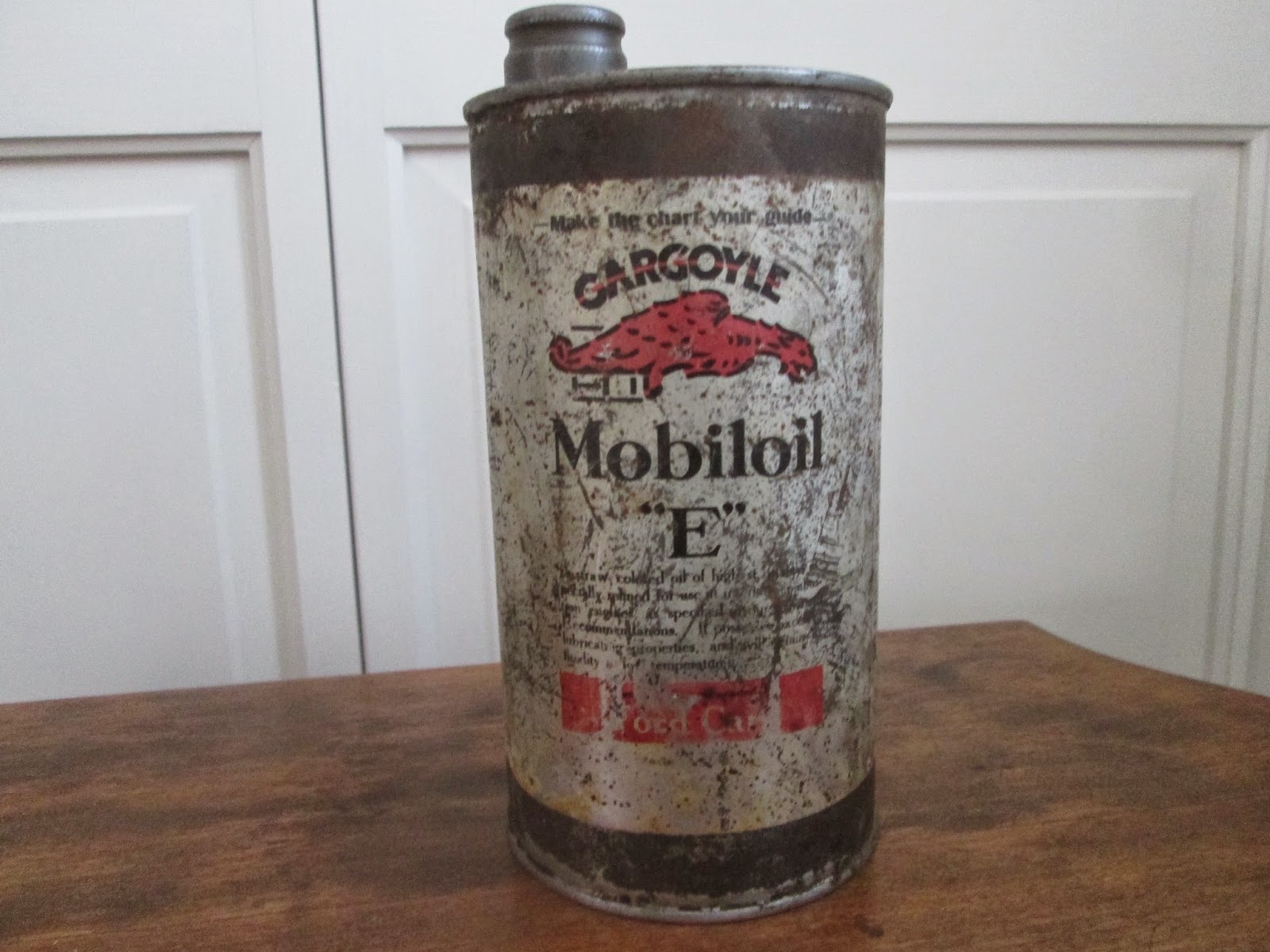 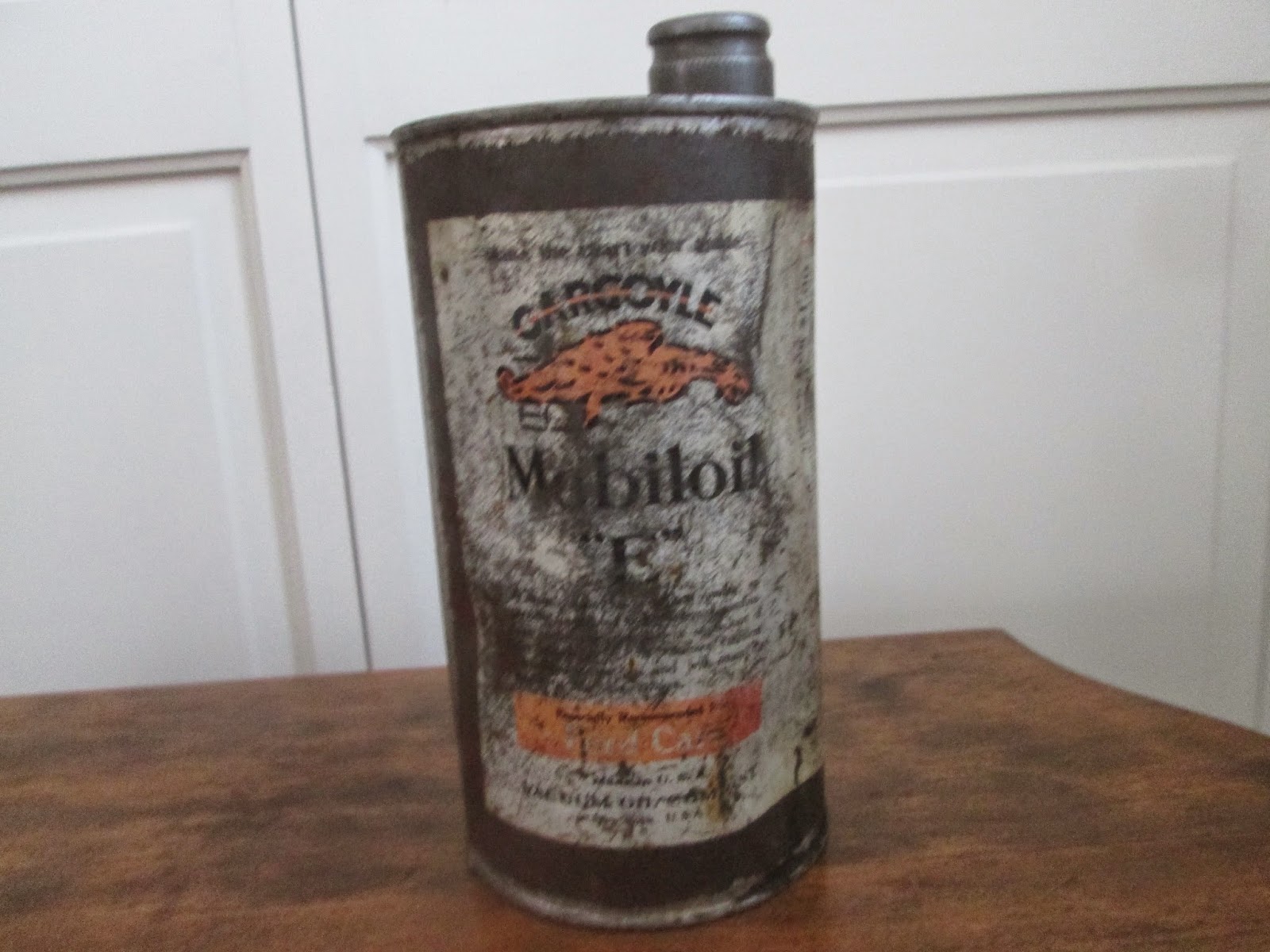